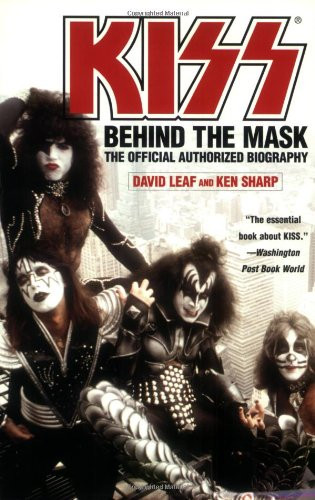 With its combination of cartoonish monster-movie makeup and oversized costumes, ear-splitting amplification and gleeful songs in praise of sex, heavy metal rock legend Kiss has never been accused of not being excessive, and this book is a great example of why it is still a multimillion-dollar profit-making machine. While this book covers much of the same biographical territory as Gene Simmons's Kiss and Make-Up and Kisstory (the band's self-published 440-page coffee-table-sized tome), the authorized bio presents more than enough new material to make it essential for hardcore fans. Much of the book's first half presents a previously unpublished work based on the only in-depth interviews the band gave in 1980. The result is a remarkably humanizing look behind the heavy metal tomfoolery, with Simmons more honestly discussing his Jewish upbringing than he does in his autobiography, and the rest of the band disarmingly admitting to borrowing from the glam-rocker New York Dolls as well as the Harlem Globetrotters. The book's second half, however, is the true highlight for Kiss fans: a comprehensive look at all of the Kiss albums ever made. Among the surprises is the praise of noted producer Eddie Kramer, a close associate of Jimi Hendrix, for the band's no-nonsense work ethic. Of note are Kiss's hilariously guileless quotes, such as the admission that another producer "made a point of trying to get us to stop writing songs about getting laid, which was valid. But he needed to understand that's all we ever did."

This product hasn't received any reviews yet. Be the first to review this product!