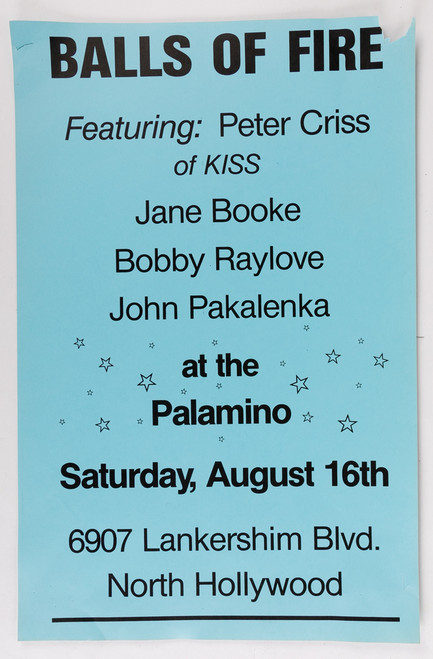 Back in 1986, Peter Criss got the urge to get out and play again. He did so as the drummer for the band Balls of Fire which played several shows around the LA area but never released an album.

This was taken down directly from the wall of the club he played in that night.

Image is of exact item being sold.

This product hasn't received any reviews yet. Be the first to review this product!